Description:
It seems that I have no luck with Swaps today.
Out of 5 attempts, 4 ended with an error.

Each of the failed swaps had an changed Slippage tolerance.

In the last, fifth successful swap, I left the Slippage tolerance at the recommended level of 4%.
And so I think it may be worth adding a message when modifying (lowering) the Slippage tolerance, that this may cause the swap to terminate with an error and ultimately fail to swap the cryptocurrency. 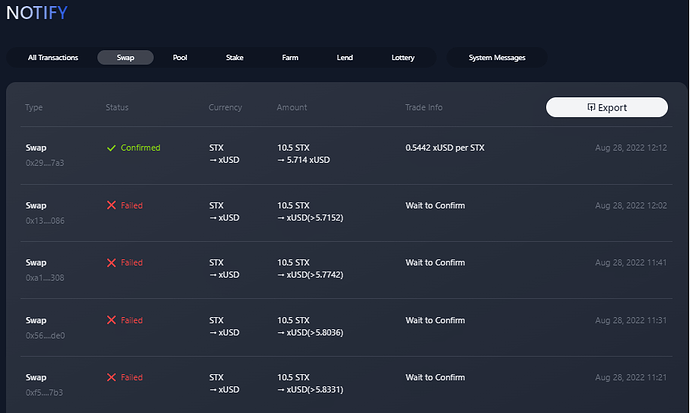 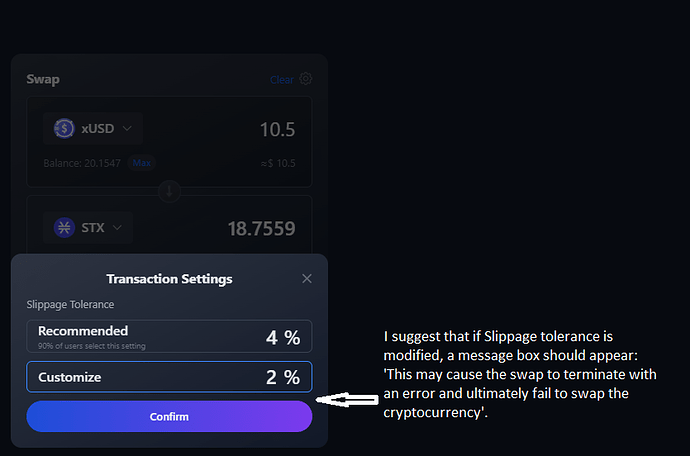 Dear Alexians,
welcome your opinion on this proposal in the poll below.
Cast your vote, please.

I also had a lot of similar difficulties. However, after a while, it was resolved quickly, and all functions worked well. It seems to be a pretty well-crafted protocol.

The slippage percentage is highly connected with the liquidity of the token pairs.
although 4% is a default value, it could not guarantee a high success rate for swap transactions.
Even 50% slippage could not guarantee in some extreme cases.
So it would be very hard for ALEX to implement a proper notice.

I understand, but perhaps at least such a general notification that a change/reduction of % on slippage tolerance may involve an inability to execute a swap

Thanks for your answer